Welcome to the ultimate guide of Captain Price from Call of Duty: Modern Warfare! We will be discussing everything you need to know about one of the most iconic characters in modern gaming. This guide will provide an in-depth look at his background and origins, his appearances in the Modern Warfare series of the Call of Duty franchise, his personality and characteristics, his best quotes and dialogue, and his lasting legacy in the Call of Duty community.

The Call of Duty: Modern Warfare franchise would be incomplete without Captain Price. He is a renowned British soldier who has been a part of the series ever since it debuted the Modern Warfare plot. He is a well-liked and revered figure among many gamers, and each game he participates in bears the impact of his presence. He is a friend, a mentor, and a leader to people under his authority. In this guide, we will explore the many facets of this beloved character and discover what makes him such a beloved and respected icon in the gaming community.

Captain Price is a veteran British soldier who has been fighting for his country for years. His origins are explored in the first instalment of the Modern Warfare series, Call of Duty 4: Modern Warfare, where it is revealed that he was born in the city of Barking and served in the British Army as a sergeant, and he had participated in the Gulf War and several other conflicts before being promoted to the rank of captain.

He is a bold and strong commander who puts the safety of his soldiers before all else, and his dedication to his country and his fellow soldiers is unmatched. It is well known by fans in this community that Price is well-versed in military tactics, strategy, and equipment, and he is a mentor and friend to those he leads and has unrivalled expertise and knowledge of military operations.

Captain Price has appeared in every instalment of the Modern Warfare series. In Call of Duty 4: Modern Warfare, he is the commanding officer of the Special Air Service (SAS), where he leads a team of elite soldiers on a mission to take down a Russian ultranationalist organisation, guiding them through the mission to its successful completion.

Captain Price in Call of Duty: Modern Warfare 3 (the next sequel) serves as the game’s primary character. He is in charge of an elite military unit on a mission to destroy a terrorist group that has taken over a nuclear weapons complex. He is in charge of steering the team through the mission and is accountable for its accomplishment.

In Call of Duty: Modern Warfare (2019), Captain Price is a supporting character. He serves as a mentor and adviser to the main protagonist and provides assistance throughout the game. He is a wise and experienced leader who provides insight and guidance to the team.

Captain Price is a sage and seasoned captain who prioritises the security of his soldiers above everything else. He is fearless and daring, and he is prepared to take chances in order to keep his crew safe and finish the task. He will do all it takes to secure the safety of his fellow soldiers and his country. He is a military technique, strategy, and weapon master who is constantly ready for any circumstance and is always willing to impart his expertise and experience to people under his charge and serves as a friend and mentor to them.

He is a no-nonsense leader who doesn’t accept excuses and expects his team to put in their best effort. He is a man of few words but his words carry a lot of weight. He is a leader who leads by example and is always willing to go above and beyond for the sake of his team, and he is also a man of great honour and integrity and will never break his word.

Captain Price has a reputation for delivering some of the most memorable lines in the Modern Warfare series. His quotes and dialogue have become iconic and have been repeated over and over again by fans of the series.

Here are some of his best quotes and dialogue from the Modern Warfare series:

“The price of victory is high, but so are the rewards.” – Call of Duty 4: Modern Warfare

“We all have our reasons for being here. Let’s make sure we get back alive to see them through.” – Call of Duty: Modern Warfare 2

“Today, I am prepared to be victorious.” – Call of Duty: Modern Warfare 3

“Nothing is written, but everything is possible.” – Call of Duty: Modern Warfare (2019)

Legacy in the Call of Duty Community

Captain Price has become a beloved and respected character in the Modern Warfare community. His presence has been felt in each of the games he appears in and he is a role model for many gamers. His wisdom, courage, and loyalty have made him an icon in the gaming community and his quotes and dialogue have become iconic. He is a leader, a mentor, and a friend to those he commands, and his legacy will live on in the hearts and minds of gamers for years to come.

All You Need to Know About Super Mario Galaxy

Discover the Secrets of It Takes Two: A Comprehensive Guide to the Game Characters! 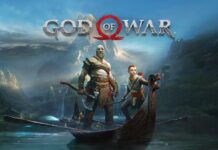 Unlock the Secrets of Kratos: An Exciting Guide to Kratos from God of War!

Ever wondered what would happen if soccer and rocket-powered automobiles collided? Probably not, but if you ever did, there's Rocket League. This cross-platform title...