People spent nearly $120 billion on mobile games in 2021. That’s almost four times more than mobile games made in 2014! This unprecedented growth of the mobile gaming industry speaks volumes about the industry’s potential to make someone an overnight millionaire!

The mobile gaming industry is getting more competitive as consumers spend more on it. Some games make over $100 million annually, while some hardly manage to cover their production cost.

This blog will talk about nine mobile games that make the most profit. Moreover, we will go over the most common money-making model in the mobile gaming industry.

Below are the nine highest-grossing mobile games of all time:

Clash Royale is an online battle strategy game from Supercell with similar characters from the famous Clash of Clans. The characters are divided into common, rare, epic, and legendary. Currently, Clash Royal has managed to generate around $3 billion.

Although the gameplay is relatively intuitive, the rapid-fire pace demands players to act quickly and strategically. This rapid gameplay is simple to handle during a happy hour and works well with short-spurt mobile gaming.

Free Fire is an epic battle royal game resembling PUBG Mobile and Call of Duty Mobile. Back in 2019, it was the most downloaded game worldwide, with over 1 billion downloads in 2019. Free Fire has almost $3.5 billion in gross profit, with approximately $19 million in revenue monthly.

In Free Fire, everything from weapons to maps and even abilities are similar to PUBG Mobile, with one slight difference. Unlike PUBG Mobile, Free Fire has a total number of 50 players in a single round. Moreover, its graphics are a bit lower than other battle royal games, allowing low-end device users to have a seamless experience.

This anime-inspired story game was first launched for mobile by NetEase, one of China’s leading game development companies. Its fascinating story and 3D animated artwork helped hit the $billion mark in 14 months.

To strike a good balance between quick-fire mobile gaming and a challenging RPG journey, it attempts to draw as many features from the MMORPG experience as possible. The video game franchise has grossed $4.8 billion and will shortly surpass $5 billion in revenue.

Fate is Japan’s most popular media brand, inspiring more video games, light novels, comics, anime series, and films than the typical consumer can keep up with. The adult visual novel Fate from 2004 served as its catalyst, and it continues to this day.

With a turn-based combat system and being the first game in the series to be released on mobile devices, Fate swiftly shot to the top of the list of all-time top-grossing gacha games. The franchise has already generated over $5 billion in gross profits from this game alone.

Are you surprised to see it on the list? Don’t be! Candy Crush is among the oldest mobile games that rank among the modern-day super hits like Free Fire and Clash Royale. Candy Crush is the pioneer of the ‘freemium’ model in the mobile gaming industry.

The game’s simplicity made it simple for almost anybody to play, and the focus on the game ensured that users weren’t perpetually being driven to purchases but rather intrigued. With an estimated over $100 million in earnings, the game has $6.4 billion in gross revenues.

Player Unknown’s Battlegrounds saw a tremendous surge in popularity after the release of the mobile edition in 2018. The game has garnered considerable attention that many states have outright bans on it. A notable exception is India, which accounts for a large segment of the global player base.

PUBG Mobile helped establish the battle royale genre for the mobile experience and is currently the second most popular video game with over 800 million players. It’s also one of the few games that maintain consistency between its mobile and PC versions.

Pokemon Go is a real-time action and strategy game marketed as a reason to get outside and move about while still being a family-friendly adventure game.

Even though the buzz around it has subsided from the heights it attained, millions still play it regularly. Today, the game has crossed the $7 billion mark, making nearly $2 billion in 2020 alone.

At a time, almost everyone had Clash of Clan on their mobile phones. The game’s primary objective includes building clans while waging war against other players and defending oneself from them. It rapidly established itself as a pillar of the industry, and even now, it can be readily found in the top tens of both the Play Store and the App Store, despite having reached its annual revenue peak in 2015 of $1.8 billion.

The Arena of Valor is a multiple online battle arena game dominating the mobile gaming market for the last seven years. Arena of Valor is practically the replica of the Honor of Kings with minor changes and additions, making it better suited for the global market.

The game has surpassed the $12 billion mark, earning more than $2 billion for the last three consecutive years.

Mobile gaming is among the fastest-growing industries, expected to grow at an 11.2% annual rate. If you are a gaming fan with a fascinating game idea, you can grab a chunk from the $120 billion industry. If you want to jump-start the development of your mobile app, mobile app development in Miami is far more affordable than in any other major city. 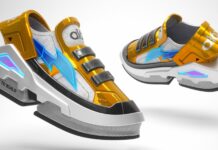 Move-to-Earn: A New Approach to the Metaverse