Unreal Engine is a suite of integrated tools for game engineers built by Epic Games. It first appeared in the 1998 first-person shooter game Unreal. Although this software was initially built with PC functionality in mind, it has now come a long way to become an ultimate game development tool! Thus, Unreal Engine now powers PC, mobile, web, and console development as well as is being used for simulation, training, and architecture visualization purposes.

Powered by C++, this framework delivers top-of-the-game graphic quality, rich functionality, and a user-friendly interface. Its built-in visual scripting system also makes it beginner-friendly, thus allowing budding developers to build game logic with the least effort. Hence, addressing the ‘What is the best game engine for beginners?” question, Unreal Engine has it all!

However, it’s may be a little overwhelming for creating simple games and requires a licensed copy.

Unity is a full-fledged game creation environment that combines a wide range of software tools. Thanks to its ease of use, Unity makes game development simple and hassle-free, while also covering a variety of game platforms and operating systems. Games created on the engine can be easily ported between Windows, Linux, OS X, Android, iOS, PlayStation, Xbox, Nintendo consoles, VR, and AR devices.

It also offers a huge library of add-ons and plugins that can significantly speed up the game development process.

Over the years, Unity has become one of the most popular game engines in the world. It’s used by many large companies, including Disney, Ubisoft, and Electronic Arts.

The platform, however, somewhat lags behind from a graphical point of view and has expensive license costs.

Amazon Lumberyard might not be the first to pop up when asking “What is the best game development engine?”. However, this development platform shares an impressive user base and serves as a low-cost alternative to building games for consoles, such as the PlayStation 4 and Xbox One.

Essentially, it’s a free 3D engine that assists game creators in producing high-quality games and connecting them to the AWS Cloud. Based on Cryengine, Lumberyard has moved away from its predecessor, yet is still in beta version.

However, according to the latest news, Amazon is contributing the engine to open source, under the name of the Open 3D Engine which will be overseen by the Linux Foundation.

But besides the ones mentioned above, what is the best game development engine? Godot might be the one! This game engine is a feature-rich, cross-platform software that provides a wide range of features for 2D and 3D game development. The engine is open source, making it free to use for developers.

This development platform supports core programming languages, including C++, C#, and GDScript, and has its own IDE. However, Godot doesn’t exactly pull it off when it comes to 2D physics and has a modest track record of bestsellers.

Built by the German Studio Crytek, CryEngine debuted in the Far Cry shooter in 2004 and had a huge impact on the development of open-world games. The engine has advanced video game development capabilities and supports advanced technologies, including DirectX 12, Vulkan API, VR, C# scripting, detailed textures, and much more.

Built skillfully, CryEngine projects can surpass the graphics of any game developed with Unreal Engine 4 or Unity. Also, the engine is famous for its real-time rendering power, allowing you to generate ultra-realistic worlds and quickly test a newly-created level or scene.

However, the user base of Cryengine is significantly smaller than that of its competitors. Therefore, this platform might not have the scale as Unity or UnrealEngine do.

An open-world RPG, Kingdom Come, is one of the most prominent pieces created with Cryengine. Other examples include State of Decay, Crysis Warhead, and more.

Game engines are an indispensable tool for game development teams that lays the technical ground for graphics rendering, memory management, and other salient aspects of game creation.

So, what is the best video game engine? There are quite a few options to choose from. While Unity and Unreal Engine never cease to top the ladder, Godot and CryEngine also remain viable development options for both beginners and experienced developers.

Yuriy Denisyuk is Game Production Lead at Pingle Studio. He’s responsible for successfully managing the Game Production pipeline. Yuriy is this lucky person who plays the best games for work in order to keep up with trends and create new ones. He likes writing, reading Manga, fantasy and professional literature in his free time. 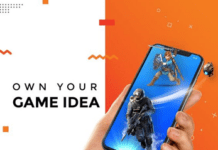