Phoenix Point is a turn-based tactical strategy video game that plays similarly to Xcom. In the game, you control a squad of human soldiers fighting against alien lifeforms. It is set in an alternate history with a war spanning from 2040 to 2100.

Gameplay in Phoenix Point is unique when compared to other strategy games. It has a tactical feel where everything takes place at an individual level. As you play through the game, you’ll have to map out your opponents’ movements and devise ways to use the environment in your favor. There are several different opponents that you’ll encounter throughout the game. You’ll have to utilize different strategies based on the type of enemies.

In the Phoenix Point Year One Edition, you’ll be equipped with several different types of weapons. All of the weapons that you use in this game are fictional and futuristic. Some of your standard equipment include assault rifles and shotguns, but you’ll also receive explosive weaponry like grenades. It is important to set up your squad so that everyone has complementary weapons. There are different types of grenades and secondary attacks, like machine-gun turrets or rocket launchers, that can give you an edge in battle. You’ll want to find the best combination for each soldier before heading into combat.

The sound of Phoenix Point Year One Edition is an interesting aspect of the game due to the fact that it’s a turn-based strategy game. Imagine how boring it would be if there were no sound effects and music in this type of game! The sounds and music in this game give you a sense of urgency and put you into the mindset of a soldier on the battlefield. It also makes you feel more immersed as if you’re part of the action instead being a spectator from afar. The sound effects allow you to locate enemies easier as well as their position on the map. It gives an idea as to what direction they’re coming from so that you can better prepare yourself for battle!

Phoenix Point has received good reviews from critics around the world. Most of them agree that it is an amazing game filled with action packed moments and strategic choices. The attention to detail in both graphics and gameplay are reasons why this game is so popular. The Year One Edition provides lots of replayability thanks to its tactical gameplay and challenging enemy encounters. Phoenix Point truly sets itself apart from other strategy games available on Steam at the moment.

Phoenix Point is a great strategy game that offers lots of replayability, tactical gameplay, and challenging enemies that require careful planning before every encounter. With over 100+ hours worth of content available in this edition alone, you’ll be hooked on Phoenix Point for quite a long time! 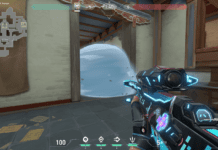 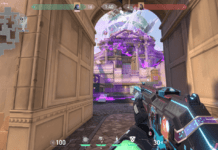