What’s more, not all of it was scripted, with many surprising reveals stealing the spotlight. Admittedly though, our pick of the bunch goes to the announcement of a sequel to Nintendo’s iconic IP: Zelda: Breath of the Wild. That said, Nintendo didn’t just put all its eggs in one basket – many other reveals came as welcome inclusions.

Additionally, in rather typical fashion, Nintendo adopted its traditional thick-and-fast format, wasting little time shoving games down our throats. Of course, we wouldn’t have it any other way. Here’s a list of the most essential reveals to come from Nintendo Direct E3 2019.

Zelda: Breath of The Wild Sequel Set for Switch

Undoubtedly, one of the shock-reveals of the showcase was the sequel to Zelda: Breath of the Wild, which knocked many for six, myself included. Although short, the teaser gave us a brief glimpse of the next installment which appears to have adopted a more sinister tone.

Following the visual snippet, a script from Nintendo emerged via the blank screen, stating that, “The Legend of Zelda: Breath of The Wild is now in development.” This is indeed great news for fans of the franchise! However, much of the game is still shrouded in secrecy. Things like the game’s official release date, or a proper title, for instance.

When all’s said and done, Smash Bros is one of Nintendo’s most beloved and protected IP’s. Therefore, any new additions to its list of prize-fighters are instantly scrutinized and must be legendary in status to qualify. Thankfully, the latest DLC characters to grace the game are of that ilk. Well perhaps, one more so than the other, but that doesn’t stop us from loving both.

Considering the Dragon Quest character reveal was issued early on towards the starting point of Nintendo Direct E3 2019, the reception wasn’t quite as warm. Fortunately, it did a significant job of whetting the appetite for what’s next despite lacking the appeal of its successor.

Later, Nintendo would declare that Rare’s lovable duo from Banjo Kazooie will make their way onto the game. Rejoice, the heavens have opened!

Furthermore, players can test out these two characters when the DLC content lands in the summer of 2019!

Luigi’s Mansion 3 Gets Plenty of Airtime

When Mario is gallivanting off on vacation, Luigi swoops in to save the day. And the famous mustachioed thrill seeker once again filled the void at E3 2019. Nintendo offered up a closer look at Luigi’s Mansion 3, especially in regards to the aspects of gameplay.

We witnessed various puzzle-solving sections alongside plenty of entities that go bump in the night. The question is; can you withstand the haunted house of heinous horrors? (Try saying that in one go.) All in all, though, the game shows plenty of promise and we can’t wait for more content soon!

If you want to find out about a truly horrifying version of the horror genre, why not see what Square Enix has to offer?

Typically, Mario-Maker is the go-to game for players hoping to showcase their creative talents. But, in what acted as somewhat of a surprising revelation, players will have the option to craft dungeons from scratch in the remake to Nintendo’s Gameboy classic, Zelda: Link’s Awakening.

The game will feature an all-new dungeon editor mode, allowing players to build constructions, and then explore those very creations. Exciting stuff indeed!

With regards to a release date, Nintendo announced the remake would hit shelves on September 20. Time to raid the kitty-bank!

Animal Crossing for the Nintendo Switch was hyped up as one the main floor-fillers at Nintendo Direct E3 2019. Instead, fans were left sour-faced after news of a delay echoed around the world. As of now, the game will release on March 20, 2020. Quite a date to reckon with, I reckon!

On the plus side, Nintendo did declare a fixed game title. As it stands, the latest installment in the Animal Crossing franchise goes by the name of “Animal Crossing: New Horizons.” Got to admit it’s a catchy one!

In the current day, ports and remakes are all the rage, along with the companies following this burgeoning trend. Consider the Nintendo Direct E3 2019, where CD Projekt Red’s heralded role-playing epic, The Witcher 3, Creative Assembly’s survival horror masterpiece, Alien Isolation, and the ever-popular Spyro: The Reignited Trilogy, will all be available on Nintendo Switch soon! Nostalgia, much? Perhaps not as much as our PS5 backward compatibility article!

If you’d like a little bit more nostalgia, why not read up on why we’re not going to get any old-school feels from a delayed new Metroid Prime game.

Plus, CD Projekt Red’s Cyberpunk 2077 was also featured at Microsoft’s XBox Briefing with a special surprise appearance! Don’t miss what we learned about them! Yes, them! There’s something more than just Cyberpunk 2077 itself!

Also, don’t miss out on our coverage of the Tokyo Game Show 2019, another major gaming event held in Asia!

We want to know. What did you make of Nintendo Direct E3 2019? Did the company stand up and deliver, or flop at the final hurdle? As always, your contributions matter to us. So please, get in touch. 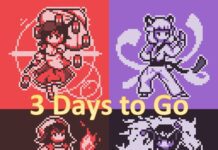 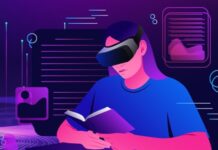